A week ago I got a lot of feedback about my novel. I am still working on adding it all in, and feel that it is making certain parts a lot stronger (there is no more tension in places, and a bit more background story, but the speed of the story is not threatened). I also read a website written by a jaded editor, which was quite interesting. According to it "The Lord of the Rings" wouldn't cut it anymore, nowadays. This weekend I decided I wanted my quotes to curl the right way, so I made the mistake to switch to the new version of Google docs, which promised "smart quotes". Sadly, it also slowed down Google docs to the point where it became unusable: for each 10 characters I typed I had to wait a minute before they appeared. I know my computer is a bit behind the times, but I did better using WordPerfect 5.1 on a 8088 processor.

You can't go back to the previous version, but fortunately my Dell XPS 9100 arrived. It has plenty of power to handle the new version of Google docs, although the whole idea of needing a beast like that for editing a novel still strikes me as odd. Maybe I should switch back to Microsoft Word. It would probably handle the quotes better too.
Gepost door Maarten Hofman op 13:04 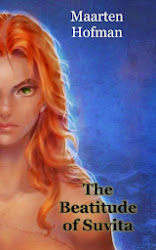 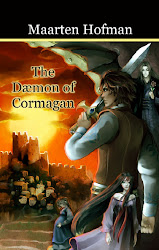